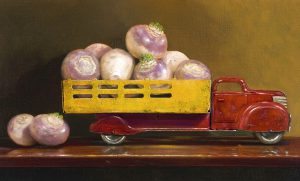 Hilarity ensues as the Trump ministration launches a trial balloon for building a nationwide 5G network:

it was an unpleasant surprise to many when a draft proposal urging heavy federal involvement in the next generation of fast mobile networks emerged from the White House of Donald Trump — who won the presidency after promising massive cuts to regulations.

”We’re not Venezuela,” Representative Greg Walden, an Oregon Republican and the chairman of the House Commerce Committee, said at a policy gathering in Washington. “Government taking it over, controlling it, is probably — clearly — not the way to go.”

Federal Communications Commission Chairman Ajit Pai, a Republican chosen by Trump, was even more blunt: “I oppose any proposal for the federal government to build and operate a nationwide 5G network”

The proposal is rooted in concerns about China and cybersecurity, according to two administration officials familiar with the plans who were granted anonymity to discuss them. Unresolved questions include the extent of taxpayer funding, and whether a fifth generation, or 5G, network would be owned by the government, one of the officials said.

If the federal government directly participates in building a wireless network intended for commercial use, it would be a departure from the decades-long tradition of auctioning licenses to telecommunications companies to build their own networks. Phone service has been on a deregulatory path for decades, including legislation in 1996 that President Bill Clinton said “promotes competition as the key to opening new markets and new opportunities.”

Very observant of Representative Walden, but so many (and varied) plans are afoot and this is where they play the V card? So frightened are we of the massive, self-created Beowulf of ‘government-run _____’ that we are willing to abide any and all inferior services because THE MARKET! One might say it is cunning to introduce the security threat into this discussion until you remember who’s in charge and that you have every reason to be suspect even of unscheduled emptying of waste baskets. But the rending of garments about how great our competitive monopolies are at doing everything and the temerity to threaten them with a network built and own by Guhvuhmint is indeed tender and endearing. 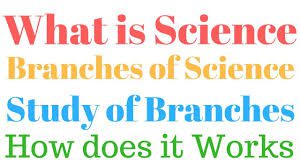 Imagine there’s a video game, where the player must decide which tools to use to dig themselves out a hole without acknowledging that holes exist OR that the player is trapped in one and hence needs the tools. The point of the game (beyond your apparent need to never face 30 contiguous seconds of not looking at your phone) is to let players experience what it feels like to be a member of the House Science Committee:

Despite this reputation, the environment and energy subcommittees called four honest-to-God climate scientists to testify about one of the most controversial solutions to climate change: geoengineering. These technofixes, which could reflect sun back into space or draw down carbon dioxide from the atmosphere, all with the intent to cool the planet, were front and center. Committee members were actually eager to hear about it and where the federal government could spend to help prop up research.

There was just one tiny problem: None of the Republicans could bring themselves to acknowledge that carbon dioxide is the root cause of climate change. Nor could they bring up that reducing carbon emissions is a way more proven and cost-effective avenue to address climate change. It was at once comical and damn terrifying.

Level three is when comical and damn terrifying meld into one confused emotion. Welcome to level three.

I was just up in the city of New Amsterdam with a couple of ne’er-do-wells of mutual acquaintance. We were staying on a street that featured an interesting configuration of pavement designs.

That’s Grand Street. The arrows denote the bike lanes and the tourist buses that are now impaired from criss-crossing SoHo because of said bike lanes. Also offended: trucks of all kinds. It’s a one-way, with a line of parking separating the bike lanes from traffic – an excellent safety and alt transportation feature that snakes through SoHo, Chinatown and Little Italy and has upset all kinds of other users. Bloomberg wanted 1,800 miles of bike lanes in the city and this is what that kind of conflict thinking looks like. Definitely still a work in progress.

Sharing the road is difficult, but not impossible, especially if the number of combustion-engine vehicles remains the same. Taking some number of C-E vehicles off the road: also very difficult.