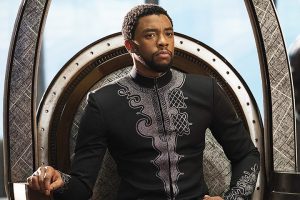 For this completely outrageous abuse of power.

WASHINGTON — A former senior C.I.A. official says that officials in the Bush White House sought damaging personal information on a prominent American critic of the Iraq war in order to discredit him.

Glenn L. Carle, a former Central Intelligence Agency officer who was a top counterterrorism official during the administration of President George W. Bush, said the White House at least twice asked intelligence officials to gather sensitive information on Juan Cole, a University of Michigan professor who writes an influential blog that criticized the war.

Here’s Cole’s post on the development from Thursday. It doesn’t matter if you think you can read this and say, “Sure the government was/is doing that – big deal.” No, sorry. Yawning is not enough. This is plainly wrong. What if you heard tomorrow that the US government had been purposely dumping anti-depressants in our water supply since the 1990’s. Would you feign some kind of detachment so as to take it all in stride? Why? What gets you upset? What’s that reserved for? What would it take?

This is an egregious breech of basic honest government to allow itself and the public to be informed. Even if conducted by our last worst president, it was still in our name, still representative of us and what we say we will allow. This is a perfect example of an occasion where Holder could choose to look into a specific example of an abuse of power by the Bush Administration. Spying on an American citizen is a no-go. Sorry. It’s already been rendered as such almost forty years ago (and spelled out as such 200 years ago). And unless you firmly believe (i.e., support) this is just no big deal, Bush’s action make you a dissident. Congratulations.

If you’ve been reading here for any length of time, you’re familiar with Cole. He reads Arabic, and so reads the ex-pat papers out of London. He is an expert on the region and has been indispensable for analysis of the goings-on the Middle East since at least 2003. If the CIA and White House aren’t reading his blog daily, then and now, and in any way succumbed to his marginalization as a source of news and analysis, they’re idiots. Plain and simple. Lots of discussions this week about art (imagine that), so I thought it might be a good time to share this site, built by a friend of mine. She’s showing some of the green things you can do in your own life, home and work, and it’s all pretty nifty. In fact, LK’s pretty nifty herself.

She’s adamant about referring to herself as a graphic artist, as though the term artist held some other, reserved connotations (imagine that). She’s a painter, who works by hand – politely sidestepping the term artist while elevating your/her experience. It brings to mind how people throw things around, including that word, so carelessly. But judge for yourself. What she calls graphic design blurs into fine art so seamlessly, you wouldn’t think there is even a difference. No gimmicks necessary. It’s the opposite of the decorations many people attempt to pass off, that hold all the wonder of road signs to blah.

Her Citizen Green antics are only an extension of this, like everything else in her life. Enjoy.