At the intersection of global climate issues and all things monetary, well, it can be difficult to decide which word to italicize anymore:

The U.S.-based crypto exchange Kraken has announced that, despite the layoffs and hiring freezes among its competitors in the ongoing “crypto winter”, they intend to keep hiring aggressively. They also took the opportunity to announce that they “believe bear markets are fantastic at weeding out the applicants chasing hype from the true believers in our mission”, and that they had “taken this opportunity to align our internal culture around a set of shared values”. They also make it clear that anyone who disagree with the changes can GTFO: “In commitment to these values, we also expanded our permanent benefits program to make moving on a bit easier for anyone who feels it’s time for the next chapter in their career.”

That’s from Molly White’s terrific and wonderfully-named website and she’s is no danger of running out of content anytime soon. Because lots of everyones out there think all the other everyones are the suckers, or they’re not sure who is. But whatever, the sucker rule still applies.

And at the same time, it’s more than that. When the last necessary thing was another distraction from the burning and belching, from the fanning, the rising and the storming, everyones are out here convincing themselves to believe in yet another free ride. Yes, it would be great if blockchain ‘tech’ guaranteed that you could trust this invisible money (cf. the italics dilemma). But that’s not how people work. What people do is find the sucker, and adjust for scale, malheureusement. 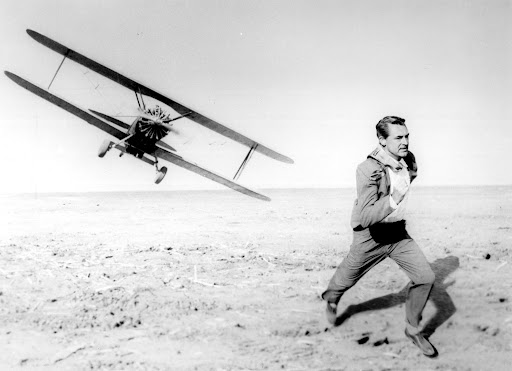 That’s where we are now, or one of the places, so sayeth Matt Levine:

Basically it is easy, using blockchain technology, to create scarce claims. You could I suppose use this technology to create scarce claims to scarce resources: You could put, like, housing deeds or shares of corporate ownership or cargo-container manifests on the blockchain. This would — people have argued for years — have benefits in terms of efficiency and legibility and tradability. It would create value by improving the processes by which real-world assets are transferred and allocated. Classic financial-services stuff. Nobody talks that much about this anymore.

Instead, people like to use blockchain technology to create scarce claims to abundant, or infinite, resources. There is absolutely no shortage of JPEGs, they are infinitely reproducible more or less for free, but that means — or meant — that you couldn’t become a millionaire by having good taste in JPEGs. But now people can create a unique non-fungible token representing ownership of a JPEG and use it as a status symbol or a speculative asset. Nobody will pay you for a number in your computer’s memory, but people will pay you for a scarce number in your computer’s memory.

Theoretical normal person: If you could do a thing that wasn’t just bad for but ruinous to your country’s political system – but it was very good for your profits, would you do it?
Our actual media: Do what?

Such is our national media paralyzed on the question of how to cover Biden, how to normalize authoritarian white nationalism and get Trump back. Ratings are down and they’re in a bad way, which means they’ll gladly put us [all] in a worse one to keep the eyeballs rolling in and the clicks coming.

is an inventory strategy implemented to improve the return on investment by reducing in-process inventory and associated costs. In order to achieve JIT [status] the process must have signals of what is going on elsewhere in the process.

This means that the process is often driven by a series of signals […] that tell production processes when to make the next part. [These] are usually ‘tickets’ but can be simple visual signals, such as the presence or absence of a part on a shelf. When implemented correctly, JIT can lead to dramatic improvements in a manufacturing organization’s return on investment, quality, and efficiency. Some have suggested that “Just on Time” would be a more appropriate name since it emphasizes that production should create items that arrive when needed and neither earlier nor later.

Semantics of ‘on’ vs. ‘in’ aside, what do these kinds of signals tell us? I alluded previously to complexity theory and the principle of indirect effects as constituent elements of systems ecology; one of the questions we need to reckon with in the ‘what’s next’ phase of our mourning is, how do we begin to untangle some of the many ways in which the American way of life and self-worth is connected to scams and schemes? A dangerous loss of legitimacy is waiting right around the corner for yet another cheek to be turned when a perp-walk might be warranted.

For a proper idea on the state of the reckoning, we can probably zoom past the savvy of green ads for a little while. Just sample/monitor the holiday editorials in your local paper and see what you come up with. Are they typical paeans to the year that was? Or are there little hints and allegations that actual people have had enough? Are people starting to ask questions with uncomfortable answers?