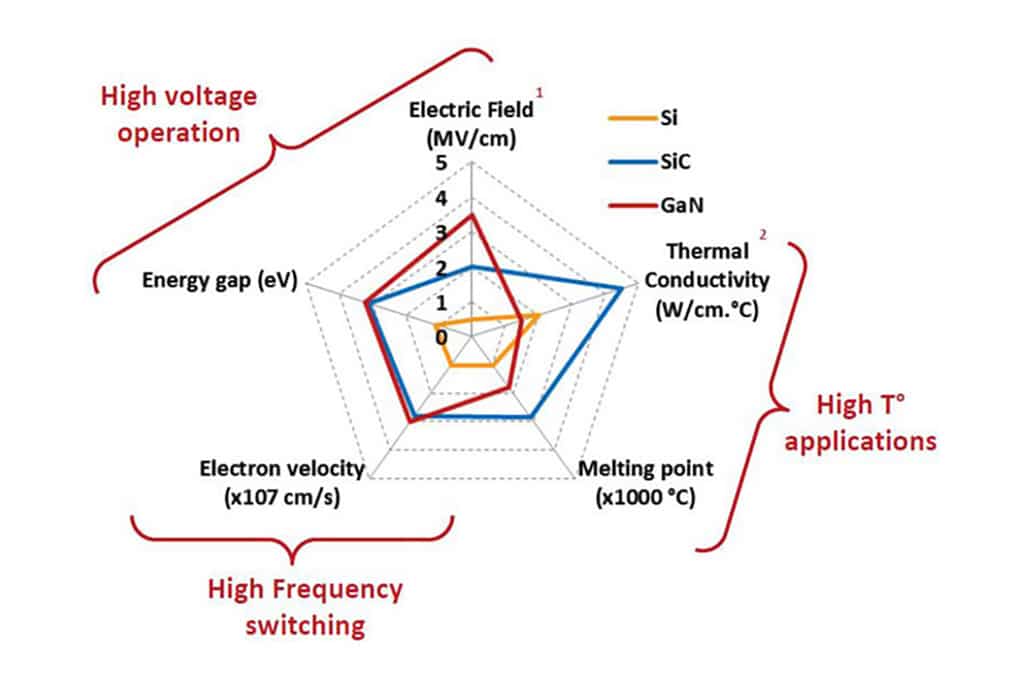 We’re backing into the climate future/present with woes leading the way. It’s the perfect media framing and supports the status quo – yes everything is awful. We’ve tried nothing and we’re all out of ideas, let’s see how we can keep cheap gas going a little bit longer. It’s this way, in part, because ALL of the progress is boring. For instance, wide bandgap:

Silicon and silicon carbide are useful in electronics because they are semiconductors: They can switch between being electrical conductors, as metals are, and insulators, as most plastics are. This ability makes semiconductors the key materials in transistors — the fundamental building blocks of modern electronics.

Silicon carbide differs from silicon in that it has a wide bandgap, meaning that it requires more energy to switch between the two states. Wide bandgap, or WBG, semiconductors are advantageous in power electronics because they can move more power more efficiently.

Silicon carbide is the senior citizen of WBGs, having been under development as a transistor material for decades. In that time, engineers have started using younger upstart WBG materials, like gallium nitride, or GaN. In the 1980s, researchers used gallium nitride to create the world’s first bright blue LEDs. Blue light comprises high-energy photons; gallium nitride, with its wide bandgap, was the first semiconductor that could practically produce photons with the sufficient energy. In 2014, three scientists were awarded the Nobel Prize in Physics for that innovation, which became ubiquitous in devices like TV screens and light bulbs.

Lately, researchers have started using gallium nitride to improve power electronics. The material reached commercial fruition over the past few years in adapters for charging phones and computers. These adapters are smaller, lighter, faster-charging and more efficient than traditional ones that use silicon transistors.

“A typical charger that you buy for your computer is 90 percent efficient,” said Jim Witham, chief executive of GaN Systems, a Canadian company that supplied the transistors in Apple’s gallium-nitride laptop chargers, which were released last fall. “Gallium nitride is 98 percent efficient. You can cut power losses by four times.” Just a note about the button there on the right. I won’t pretend not to have added it to the site if you won’t pretend you didn’t notice it.

Seriously, though, a little time line: whatdoesgreenmean.wordpress (free!) launched in April 2008; moved to whatdoesgreenmean.net (not free!) in the fall of 2008, basically in its present form. It may be time for 3.0, as I seek to keep you, and me, interested and engaged.

So, I’m considering a re-design for the site – nothing crazy, just a move to a content management system that takes advantage of the talents of the guy who does our hosting. Plus it would have a slightly different appearance. And though these elements would be good for the site, it’s not something I can contemplate underwriting myself at this point. So I thought I would solicit (your) help. Nothing more.  Whether you decide to help or not, I already appreciate your support of the site and its steady growth.

Thanks and let me know what you think.