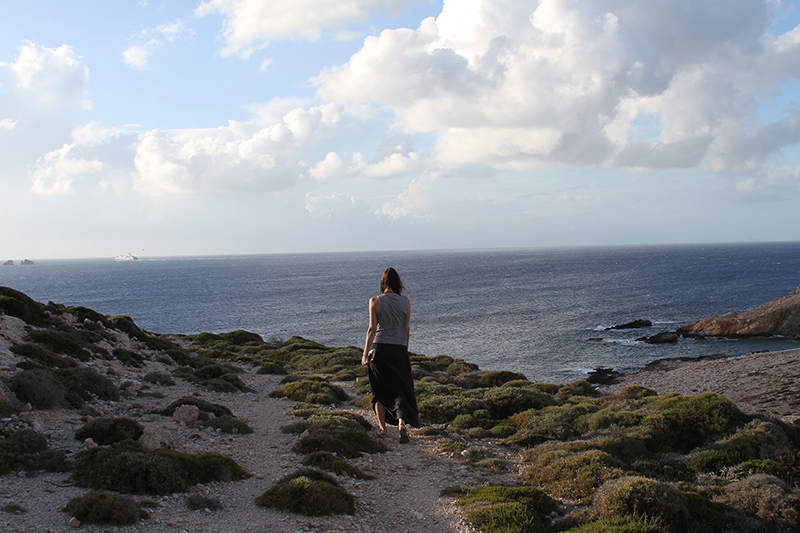 Too much of some things and not enough of others. Why do we lose the feel for and sight of the sensations we hold most dear? Are we misusing the words and concepts? The battle for our own personal attention spans, for example, in which to play is to lose, doesn’t do anyone much good. What do those words even mean that we allow this ‘span’ (do we need an attention suspension bridge?) to be up for grabs The degree to which we allow almost anything to pass into our heads, refusing to rule and watch over this domain as we might a plot of land where our children sleep, contributes to the loss. As well, connectivity; we’ve bought lock-and-stock the idea that we should never (much less need to) be out of the reach of electronic beeps and chirps. Then there’s the wireless scourge. Harmless and helpful on its own, though at essence and by definition opposed to any efforts at moderation. So, how do you pan out, and if we manage, how do we make sense of what see?

One place to start making sense again, this essay on the misunderstandings of art and science by James Elkins, The Drunken Conversation of Chaos and Painting

Within mathematics, there is no question of the importance of the new discoveries. The “new geometry”
knows itself to be fundamental: “Euclid,” Benoit Mandelbrot announces in The Fractal Geometry
of Nature, will be “used in this work to denote all of standard geometry.” The unexpected efflorescence
of geometry, so difficult to follow through its growing associations with physics, biology, astronomy,
geology, medicine, and economics, already has wide experimental support and applications as diverse
as the threebody problem, population dynamics, the neurobiology of hearing, and the contractions
of heart muscle. It has, in addition, serious philosophic and experimental implications for the scientific
method itself.
In this context the “new geometry” is most interesting because it knows itself to be beautiful,
though the nature and extent of that knowledge are open to question. Mandelbrot quotes an article in Science
that makes a parallel between cubism, atonal music and modern mathematics beginning with “Cantor’s
set theory and Peano’s spacefilling curves.” He sees a rococo phase in mathematics before the modern
era, followed by a visual austerity. When it comes to art, he makes a poorly articulated and unconvincing
historical and aesthetic reading of his own fractal inventions, according to which the extravagant,
ebullient forms he has visualized are “minimalist art”—a most unlikely identification. There is also an
unwillingness on Mandelbrot’s part to mix art and science: when computer printouts are to be judged aesthetically,
he gives them selfparodistic titles such as “The Computer ‘bug’ as artist, Opus 1,” thereby publishing
aesthetic results as mistakes, “bugs” in programs. Part of the meaning of such titles resides in
Mandelbrot’s mimicry of contempory painting styles; “Opus 2” is like an angular Clifford Still or Franz
Kline. He also thinks his polychromic computer printouts are “austere.” The reason is they have simple
mathematics behind them, and so his misidentification with minimalism is an example of non-visual
thinking—what a mathematician would call “analytic” rather than “synthetic” reasoning. More plausibly,
he thinks a Mies van der Rohe building is a “scalebound” throwback to “Euclid” since it has only certain
classes of forms, while—in a particularly strange juxtaposition of cultures—“a high period Beaux Arts
building is rich in fractal aspects.”

Download and the read the whole thing. On purpose.