But, it’s missing a ‘K’, and if we are curious about whether revolutions are possible, we could try Hong Kong, wherever it might be that we have previously failed:

Demonstrators have been locked in a stalemate with the local government since early June amid protests initially sparked by a bill that would have enabled extradition to mainland China. On June 9, a million people marched through the financial center to demonstrate their opposition. Approximately 2 million people marched in protest a week later.

While Hong Kong leader Carrie Lam has since retracted the bill, fulfilling one of the five demands, critics regarded the move as too little, too late. Social unrest in the city has since taken on broader anti-government sentiment as protesters push for greater democracy in Hong Kong.

Government opposition was fueled by anger with police conduct as well as how Lam’s administration dealt with the protests, Ma Ngok, associate professor in the department of government and public administration at the Chinese University of Hong Kong, told CNBC.

“The government hasn’t actually responded, so a lot of people think they just cannot give up on the protest” Ma said.

Despite efforts to crush defuse the protests, they are showing no signs of abating – whether they might be abetted in another question. But the strange power of democracy carried over into the recent elections, where pro-democracy candidates won unambiguously as a almost three million voters rejected pro-establishment candidates.

No one seems to have told protestors that their tactics are not working. 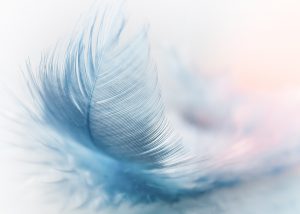 This could go without saying, but because it is within the purview of our chosen subject matter, and because it contributes in small order to the larger, if inelegant, semantic question, I should point out the several entries in the dictionary dedicated to green, which state

This will, of course, come as no surprise to most. But much of the very valuable print real estate devoted to the resignation of the governor of Alaska, not least of which is an op-ed in today’s NYT, seems to misunderestimate the most salient aspect of her disqualifications, the one which made her pick as VP the greatest political blunder in a history littered with them. Primarily, she was in no way ready. Though this is tripe, it may be instructive. For not the first time, entries 5-8 above seem to apply to writer and subject. He waxes:

That last statistic is a crucial one. Palin’s popularity has as much to do with class as it does with ideology. In this sense, she really is the perfect foil for Barack Obama. Our president represents the meritocratic ideal — that anyone, from any background, can grow up to attend Columbia and Harvard Law School and become a great American success story. But Sarah Palin represents the democratic ideal — that anyone can grow up to be a great success story without graduating from Columbia and Harvard.

What matters a free education if one learns the wrong lessons? More:

Here are lessons of the Sarah Palin experience, for any aspiring politician who shares her background and her sex. Your children will go through the tabloid wringer. Your religion will be mocked and misrepresented. Your political record will be distorted, to better parody your family and your faith. (And no, gentle reader, Palin did not insist on abstinence-only sex education, slash funds for special-needs children or inject creationism into public schools.)

None of that is right, and you condescend to address me as ‘dear reader’ at your peril. Reminds me of someone continually addressing all of us “my friends”.  Anyway, these are decidedly not the lessons of the Palin experience, such as it was. She should have never accepted the offer of VP for all of the reasons Douthat gives above but misapprehends with startling precision: she was not ready. Green in the worst way. We seemingly learned this from the 2001-2009 fiasco, but we need to pick the very smartest possible person who is available to be president. [.] That ‘s not different for women or men, black, white, red or yellow, with kids or without, religious or not. It’s an impossible job for the very best among us – and he’s saying it would have been more dispiriting to American democracy if she had somehow managed to make it into office? It’s hairless logic from Plan 9 all over again.

But if you venture out among small-town papers and cable news shows, this is the right-side victimology that greets you: Palin proves a regular person can’t be president. Under attack, all the time, beseiged by elites… what’s happening to this country? I think the question answers itself. Only in a children’s book would Palin be a credible foil to Obama. Her nomination was demeaning to her gender and social class, but only because her ostensible comrades tried to use them as a route to power above the interests of the country. Hey, there’s a story, Mr. conservative op-ed guy.

Okay. Back to your regularly-scheduled Eco meltdown.