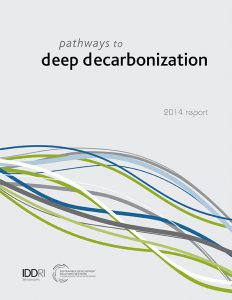 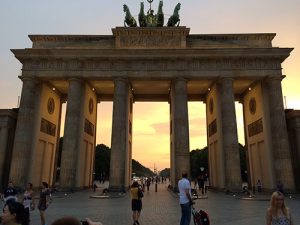 WITH all the courting, cajoling, promises of [decades of] tax breaks and free land and infrastructure upgrades that we see towns and localities using to persuade the tech giants to relocate in and resuscitate moribund burgs large, medium and small, it turns out we could all learn a thing or two from Berlin:

Campaigners in a bohemian district of Berlin are celebrating after the internet giant Google abandoned strongly opposed plans to open a large campus there. The US firm had planned to set up an incubator for startup companies in Kreuzberg, one of the older districts in the west of the capital.

But the company’s German spokesman Ralf Bremer announced on Wednesday that the 3,000 m2 (3,590 square-yard) space – planned to host offices, cafes and communal work areas – would instead go to two local humanitarian associations.

Bremer did not say if local resistance to the plans over the past two years had played a part in the change of heart, although he had told the Berliner Zeitung newspaper that Google does not allow protests to dictate its actions.

“The struggle pays off,” tweeted GloReiche Nachbarschaft, one of the groups opposed to the Kreuzberg campus plan and part of the “Fuck off Google” campaign.

Some campaigners objected to what they described as Google’s “evil” corporate practices, such as tax evasion and the unethical use of personal data. Some opposed the gentrification of the district, which might price many people out of the area.

As we see everywhere, gentrification is a tricky thing to fight off. It helps if you can summon the power to think well and high of yourself, to defend your neighborhoods from a position of strength. An earlier article this past May lays out it pretty clearly:

“I’m not saying [Google] don’t have to come here, but they have to realise they are part of something that is really frightening people … If such a big enterprise wants to join the most cool, the most rebellious, the most creative neighbourhood in Berlin – perhaps in Europe – then there must be a way they can contribute to saving the neighbourhood,” Schmidt says. This, recently from JR at Climate Progress:

Humanity has only two paths forward at this point.  Either we voluntarily switch to a low-carbon, low-oil, low-net water use, low-net-material use economy over the next two decades or the post-Ponzi-scheme-collapse forces us to do so circa 2030. The only difference between the two paths is that the first one spares our children and grandchildren and countless future generations untold misery (see “Intro to global warming impacts: Hell and High Water” and “A stunning year in climate science reveals that human civilization is on the precipice“).

Wedges, stabilizing the PPMs of carbon dioxide… oh, yes: preservation. Deploying all the technology and energy efficient we can means basically using what we already have. Yes, maybe boring – living closer to work, buying lighter vehicles. But only boring because we like big-budget thrillers, bells, whistlers, hookers, firetrucks, okay… bells and whistles. A lot of the shrugging is tied up in the non-existent technical conundrum that this just can’t be solved, so what is there to do besides wait for the magic science elephant to pull the solution(s) out of the trunk.

Save the unlikely scenarios for that script you should be working on. Take the low road.