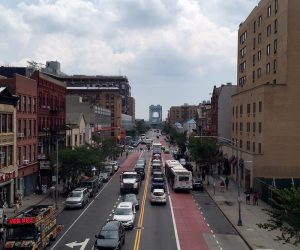 Is the Robert Mueller testimony as popular as the Final Four™? Why, or why not? Explain your answer, include examples supporting your argument.

If an assessment of current knowledge about happenings relevant to the health and future of the planet and/or the republic was a test, how many could we leave blank and still pass? The desire to know, to want to know, creates a fickle predilection for desired outcomes. If a question (or an investigation of the facts surrounding a question) doesn’t turn out the way we want, we probably would rather not know, thanks anyway. We’re all set! Continue:

Is Puerto Rico a state? Then why does it have a governor? Bonus question: why is he resigning?

Self-driving cars are self-refuting. Not a question, though perhaps a tautology.

Why are people being locked in camps at the Southern U.S. border, and it is this a more important, equally important, or less important question than why are they leaving their country of origin? Show your work.

The Earth’s Moon has been an object of fascination for millennia. When we conquered it by going there, did we simply decide it could now be reasonably ignored, or had mystery and imagination reached its zenith? Hint: Remember the corollary based on the rubber/glue axiom.

True or false: Paper straws signify a convergence of elegance, utility and mindfulness.

Requesting anonymity so as to ensure against retribution in order to make known a crime or misdeed makes a source more or less believable? Keeping in mind that asking questions bears a direct relationship to having the questions answered, at what point (if at all) is the journalist’s culpability in protecting an anonymous source outweighed by the need for transparency about the source’s motives and intentions?

Identity Hong Kong on a map.

Finally, what is the prevailing direction of the trade winds? Now this is the kind of Iraqi issue I, for one, am glad to fret over:

Baghdad has weathered invasion, occupation, sectarian warfare and suicide bombers. But the latest scourge, tastelessness, may prove the toughest to overcome.

Iraqi artists and architecture critics who shudder at each new pastel building blame a range of factors for Baghdad’s slide into tackiness: including corruption and government ineptitude, as well as everyday Iraqis who are trying to banish their grim past and are unaccustomed to having the freedom to choose any color they want.

God bless ’em. Welcome to the modern world, Iraqis. But for my money, this is the pull quote:

“Right now, when I have an exhibition at my gallery nobody comes from the government, only the art students and other artists,” Mr. Sabti said. “Taking care of the look of the city has stopped because the people who have come to power were living in villages with animals. So how did they develop their taste?”

If you guys figure anything out, do tell.