Because Line 3 is a crude oil pipeline, and pipelines leak because that’s what they do. McKibben, via LGM:

It’s easy to forget now how unlikely the Keystone fight really was. Indigenous activists and Midwest ranchers along the pipeline route kicked off the opposition. When it went national, 10 years ago this summer, with mass arrests outside the White House, pundits scoffed. More than 90 percent of Capitol Hill “insiders” polled by The National Journal said the company would get its permit.

But the more than 1,200 people who were arrested in that protest helped galvanize a nationwide — even worldwide — movement that placed President Barack Obama under unrelenting pressure. Within a few months he’d paused the approval process, and in 2015 he killed the pipeline, deciding that it didn’t meet his climate test.

“America’s now a global leader when it comes to taking serious action to fight climate change,” Mr. Obama said. “And frankly, approving this project would have undercut that global leadership. And that’s the biggest risk we face — not acting.”

And that’s what puts the Biden administration in an impossible place now. Enbridge wants to replace Line 3, which runs from Canada’s tar sands deposits in Alberta across Minnesota to Superior, Wis., with a pipeline that follows a new route and would carry twice as much crude. It would carry almost as much of the same heavy crude oil as planned for the Keystone XL pipeline — crude that is among the most carbon-heavy petroleum on the planet.

An environmental cause that is really an economic question. The slim chance of recouping the cost of building the pipeline before crude oil usage decline makes it no longer viable builds a strong case against pipeline, maybe even stronger than it leaking – which it WILL do, because…
Not easy, but becoming more clear as the science gets tangled with economics, in a good way! 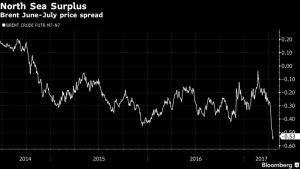 So… after stumbling upon a rather devastating piece by Hitchens on JFK and the Camelot business, I’ve been mining some other back issues of the Atlantic that I found around the house – must’ve had a subscription in 2006. I am no fan of that magazine – the trove seems to run out in 2007 – but this piece on inequality by Clive Crook is worth mentioning for a few reasons, not the least of which is the above graphic and his use of the 1% coinage from this, several years back. Surely things have gotten better, right?

In 1971, Jan Pen, a Dutch economist, published a celebrated treatise with a less-than-gripping title: Income Distribution. The book summoned a memorable image. This is how to think of the pattern of incomes in an economy, Pen said (he was writing about Britain, but bear with me). Suppose that every person in the economy walks by, as if in a parade. Imagine that the parade takes exactly an hour to pass, and that the marchers are arranged in order of income, with the lowest incomes at the front and the highest at the back. Also imagine that the heights of the people in the parade are proportional to what they make: those earning the average income will be of average height, those earning twice the average income will be twice the average height, and so on. We spectators, let us imagine, are also of average height.

As the parade begins, Pen explained, the marchers cannot be seen at all. They are walking upside down, with their heads underground—owners of loss-making businesses, most likely. Very soon, upright marchers begin to pass by, but they are tiny. For five minutes or so, the observers are peering down at people just inches high—old people and youngsters, mainly; people without regular work, who make a little from odd jobs. Ten minutes in, the full-time labor force has arrived: to begin with, mainly unskilled manual and clerical workers, burger flippers, shop assistants, and the like, standing about waist-high to the observers. And at this point things start to get dull, because there are so very many of these very small people. The minutes pass, and pass, and they keep on coming.

By about halfway through the parade, Pen wrote, the observers might expect to be looking people in the eye—people of average height ought to be in the middle. But no, the marchers are still quite small, these experienced tradespeople, skilled industrial workers, trained office staff, and so on—not yet five feet tall, many of them. On and on they come.