So… one man’s colossal miscalculation is a planet’s sped-up timeline for addressing climate change? I’m not trying not to see it that way, and energy efficiency guru Amory Lovins doesn’t need to convince me. But the winds are at somebody’s back:

Lovins, an adjunct professor of civil and environmental engineering at Stanford University, has been one of the world’s leading advocates and innovators of energy conservation for 50 years. He wrote his first paper on climate change while at Oxford in 1968, and in 1976 he offered Jimmy Carter’s government a blueprint for how to triple energy efficiency and get off oil and coal within 40 years. In the years since there is barely a major industry or government that he and his Rocky Mountain Institute have not advised.
But for much of that time efficiency was seen as a bit of an ugly sister, rather dull compared with a massive transition to renewables and other new technologies. Now, he hopes, its time may have come. Lovins is arguing for the mass insulation of buildings alongside a vast acceleration of renewables. “We should crank [them] up with wartime urgency. There should be far more emphasis on efficiency,” he says.
He sees Vladimir Putin’s war in Ukraine as an outrage, but possibly also a step towards solving the climate crisis and a way to save trillions of dollars. “He has managed to bring about all the outcomes that he most feared, but he may inadvertently have put the energy transition and climate solutions into a higher gear. Whether or not we end up in a recession because of the disruption, [Putin’s war] may prove to be a great thing for climate economics.”

As he explains, solar and wind are among the cheapest bulk power sources, and Putin’s authoritarian misadventure has put energy externalities in the center of the frame.

Again, it’s the boringest, not-technology solutions that have the greatest effect. And there’s a lot to reckon with in what he says about nuclear:

The most energy-inefficient design of all, he says, may be nuclear power, which is heavily subsidised, costly and pushed by a politically powerful lobby. Using it to address shortages of electricity or to counter climate change, he argues, is like offering starving people rice and caviar when it’s far cheaper and easier to give just rice. 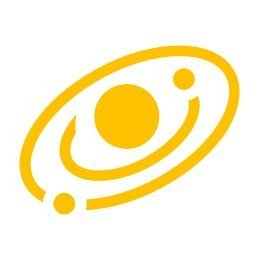 Jeremy Irons, talking about the new feature-length documentary on trash he produced:

San Francisco has actually reached 80% diversion or Zero Waste this year. New York, which creates 1.5% of total global waste, currently recycles only 15% of it. State and federal government should provide legislation which designs a waste management policy right across the country. In the UK there is a similar situation in that, depending where you live, the waste management policies and goals differ greatly. I believe that most people would like to cooperate in reducing waste, but to encourage them the national policy should be clear, well advertised and consistent. Even within Greater London there is a huge discrepancy between council policies. I believe a national waste management initiative should be designed and implemented by government. Not to burn it or bury it, but to design and encourage its reduction and recycling. This time of rising unemployment seems ideally suited to the creation of a new and forward-thinking industry that could be profitable and create new jobs. If we became world leaders in recycling technology, then that expertise could be exported around the world.

I like the concept of zero waste, and/but it’s going to take a while to get it into the zeitgeist-y lexicon all the kids are slinging these days.

And it’s hard to believe we’re still talking about incineration – I was canvassing for MassPIRG on that issue in 1988.