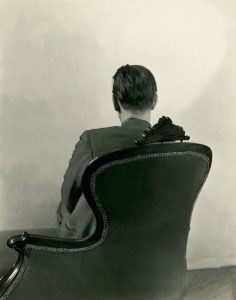 Getting back to our actual life, I’ll be reading “Concluding” now and finding out more about this now-obscure mid-century wonder:

At the time, Green was in his late forties and the author of nine novels, including “Living,” “Party Going,” and “Loving,” and a memoir, “Pack My Bag.” His stock was high among fellow-writers. In a 1952 Life profile, W. H. Auden was quoted calling him “the best English novelist alive.” The following year, T. S. Eliot, talking to the Times, cited Green’s novels as proof that the “creative advance in our age is in prose fiction.” But Green had never been a popular success. In 1930, Evelyn Waugh had reviewed “Living,” Green’s novel about Birmingham factory life, under the headline “A Neglected Masterpiece.” It was the first of several dozen articles that bemoaned Green’s lack of acceptance and helped bind his name as closely to the epithet “neglected” as Pallas Athena is to “bright-eyed.”

Waugh blamed philistine book reviewers, but he knew that Green’s image hadn’t helped. “From motives inscrutable to his friends, the author of Living chooses to publish his work under a pseudonym of peculiar drabness,” he wrote. Green was born Henry Vincent Yorke, to a prominent Gloucestershire family, and he worked as the managing director of H Pontifex & Sons Ltd., a manufacturing company purchased by his grandfather; he presented himself as a Sunday writer. (Where other novelists might serve as secretary of pen, Green did a stint as chairman of the British Chemical Plant Manufacturers’ Association.) He claimed that he wrote under an assumed name in order to hide his writing from colleagues and associates. The Life profile, “The Double Life of Henry Green,” had the subtitle “The ‘secret’ vice of a top British industrialist is writing some of Britain’s best novels.” But Green’s first book, “Blindness,” was published in 1926, while he was at Oxford, and a desire for privacy characterized much of his behavior. After a certain point, he refused to have his portrait taken. Dundy had first recognized him from a Cecil Beaton photograph that showed only the back of his head.

As a fan of Auden, I take the above characterization with great seriousness. The undermining of omniscience on the part of the narrator is also serious business, to which I will attend.

It’s not just green, but it’s not not just for green that authors are turning to self-publishing and e-books. International digital distribution rights is the mouthful of the moment, and everyone seems to know this. Since going down this path, I’m continually learning about a process that keeps seeming new, that differs significantly from former perceptions as vanity publishing though it is essentially the same thing. Maybe that, too, was a sham:

Much has already been written about the earthquake in conventional publishing caused by these technological advances. The enormous increase in the number of self-published books is one of its primary aftershocks. According to Publishers Weekly, the number of self-published titles in the U.S. jumped from 133,036 in 2010 to 211,269 in 2011. Of these roughly 45 percent were fiction. And some significant proportion of this impressive number must be literary fiction.

By “literary” I mean the kind of novels that vie for the literary prizes, the pool of serious, high-quality fiction out of which emerges the books that last. What does the rise of literary self-publishing mean for the future of literature?

It is no longer possible to dismiss the kind of self-publishing McBurney practises as vanity publishing. The mainstream can no longer claim to be the only quality stream. Self-publishing has simply become too attractive an option.

There are several good reasons a novelist chooses to self-publish:

And she goes on to list them. The thing to notice about this is that it’s working. People are buying e-books. You still have to have a really good story  AND you have to work to get it read and reviewed. Other than, sure, everything has changed.