The once-in-a-generation opportunity to repair and rebuild infrastructure across the country is also a once-in-a-not-soon-enough siren call to private equity to interrupt, disrupt and corrupt:

Legislation with the size and scope of the $4 trillion “Build Back Better” agenda is like a Bat-Signal for lobbyists, urging them to swarm Capitol Hill without delay. Literally thousands of companies, organizations, and trade groups have lobbied on one or more of the bills in this package. But one industry’s representatives keep showing up over and over again, whether in formal lobbying sessions in Congress or more informal meetings: private equity.

“At every point, private equity lines up at the trough,” said one observer close to the discussions. “There’s just somebody in every fucking meeting.”

Private equity lobbyists have multiple interests in the bills being discussed. They obviously want to keep any tax increases away from their industries, and successfully fought to keep tax hikes out of the $550 billion bipartisan infrastructure bill, which is slated for a House vote on September 27. Those tax hikes got shifted to the reconciliation package known in Washington as the Build Back Better Act, and private equity has kept up the pressure there.

But the industry has another reason to be involved in the reconciliation bill. The blueprint includes hundreds of billions of dollars in investments to expand home and community-based services for elderly and disabled people under Medicaid (initially set at $400 billion over ten years), and to provide subsidies for high-quality child care programs (set at $225 billion). Private equity happens to be deeply invested in both of these industries, with dozens of home care and child care companies in their portfolios.

So, people should just be aware. Like accounting gimmicks from the political opposition and in the media that will make $3.5T over ten years sound like too much in an +$20T per year country (narrator: it’s Not), also be advised about all the beaks dipping toward the puddle as it gets sliced and diced. Let’s not get distracted about who is doing what – or why they might be whining about it.

Like we say, a country that can drop a small SUV on Mars from a helicopter and watch it drive around in real time can afford to fix any problem – except where stupidity and corruption won’t allow it. 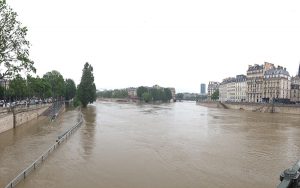 So, I guess it’s pretty sure bet that we will run out of petroleum before we fatally poison the planet, at least by burning oil for energy. In other words, the planet would be much worse off if there was an unlimited supply. Hence will the Earth save itself by running out of easily accessible fossil fuel deposits.Peak oil hysterics aside, you can tell this is true by how oil companies were reacting to war planning in 2002, verified by a recent document dump:

The British daily, The Independent, has been given 1,000 documents detailing talks between the British government and oil companies such as BP and Shell in fall of 2002 about their share in Iraqi petroleum. The memoranda were gained through Freedom of Information requests over five years by the activist Greg Muttitt, who has a book forthcoming. The documents flatly contradict denials 1) by Shell that its representatives met with the Blair government on Iraq at that time; 2) by BP that it had “no strategic interest” in Iraqi petroleum, and 3) by Tony Blair himself that it was a “conspiracy theory” that he was interested in Iraq’s petroleum as a motive for war.

In every decade since the 1950s, fewer and fewer big new petroleum fields have been discovered. Companies such as BP and Exxon-Mobil are desperate for new fields to exploit and fearful for the future if global oil production has peaked or is about to do so. Iran and Iraq hold most of the likely big reserves of unexploited oil known or suspected to exist in relatively easy-to-get-at regions.

That, plus ads for the Nissan Leaf and it all adds up to a bit too much protesting while the companies maneuver behind the scenes, as much as there remain scenes and any ability or desire to orchestrate behind them.

BUT, even with all of this and the planet saving us and it from ourselves, it still does nothing to change the fundamental predicament: How to get around? This has to be plugged into where and how we live, even outside of the resource scarcity environment we have entered. Indeed it is the namesake and patron of said environment, and these would tend to be only signifiers of a, if not the, greater issue.

If this is optimism…

Finally. After 400 years, the Northeast Passage appears. Some background.

Despite the riches in the New World, most European nations were focused on trade with the Orient. The lure of spices, silks, gems and other luxury items was more compelling than mundane fish and furs that required more work to obtain. Worse, the New World was full of aggressive natives – “savages” – who fought with the Europeans and often won their battles. But geography was in the way. There were only two maritime trade routes to the Orient and the Spice Islands known: around the southern tip of Africa or the bottom of South America. Both voyages were long and dangerous. Pirates and privateers straddled both routes and could steal both cargo and the ships carrying it. Crews often got mutinous or sick on the long voyages. A long journey meant lower profits – more money was required to pay crews, ships needed more refits and repairs. A shorter passage through the north would both reduce the dangers and the time, as well as increase the profits. It was very attractive to the merchants who invested in the expeditions.

Europe’s economy was rapidly changing in this period, nowhere more so than in England and Holland. The sudden increase in gold and silver caused both to become devalued: the more that arrived, the less valuable it became. The middle class of merchants was on the rise and land ceased to be the basis of wealth as trade propelled incomes. Bills of exchange began to replace cash as the staple of business transactions, and banks began to open in major cities. Businessmen combined their resources to become joint shareholders in large companies, rather than venture merely their own capital – a new concept for capitalism.