This being Amurrika and all, I started linking to the business press a little more regularly sometime ago, to be aware of how the world looks to those who see everything through the prism of money. Bloomberg Green has some good reporters and this digression on Mass Tourism’s Carbon Impact is valuable:

a model built by and for the masses, one that thrives on low-cost flights, all-inclusive hotel resorts, giant buffets and endless sangria. Spain, the world’s No. 2 destination with 83.7 million visitors in 2019, is a magnet for mass tourism (it’s no coincidence that package tours were invented not far from where I was standing). In total, the industry flew, accommodated, fed and entertained a good chunk of the world’s 1.5 billion tourists last year.

Globally, it was a booming sector before the pandemic, growing at about 4% every year, employing 10% of the world’s workers and representing 10% of global gross domestic product. The enormous cruise ships, fossil fuel-powered planes and the hotels in remote, water-scarce locations make it incredibly carbon intensive too. Total footprint is estimated at around 8% of overall human emissions.

The sector’s climate record before the pandemic was already discouraging. Efforts to lower the carbon footprint have mostly been limited to climate neutrality pledges and headline-grabbing small steps like eliminating mini-shampoo bottles, replacing plastic straws with paper ones and serving sustainable food on flights.

Just calculating the impact is hard. Any serious account should include carbon emitted directly from tourism activities, but also from the whole supply chain, also known as Scope 3 emissions. That would involve food, accommodation, transport, fuel and shopping.

Scope 3 emissions are an important benchmark, and we should be aware of how to think about carbon footprint. As for global travel, I have been an active participant for more than twenty years. I remember at one point looking into the cost/feasibility of traveling to Europe by ship instead of plane for a completely different set of reasons. Considering it again, it still makes sense – and is completely unaffordable vs. comparable flights. The reality of mass tourism is a conundrum – yes, people need to travel, to expand their mindfulness of and about the world. Yes, small communities without other industries need viable economic lifelines. Yes, it creates an environmental disaster in more ways than ten.

Things Fall Apart. Look at the photo up top. Look at what has become of Venice. Without factoring in the true costs of these experiences – cruise ships, quick trips, cheap tour packages – the viability of these this places and practices have already fallen into great peril. They are at risk, even as they continue unchanged. The cruise ship industry is revving their engines, despite the inherent contradictions of scale. We need to re-think broadly. Disperse the destinations. Stay longer, take longer to get there. Yes, it costs more. These experiences already costs more than we think. I think if I was setting a new story in Florida, inventing a needlessly fictional version of Florida Man, he would work in a [solar-powered] cabinet pull plant in Even, Florida:

So did the legislators underestimate the popularity of Amendment 4? Did they think they’d assuage public opinion by putting it on the ballot, getting points, and then it wouldn’t pass? Or have the green energy entrepreneurs begun out-lobbying the utilities and Big Oil? Whatever it is, something big has changed. That Amendment 4 was put before the public at all, and that the public trounced the lobbyists, announces a sea change in which sordid deals in back rooms by the Carbon Moguls with fresh-facced and clueless state senators are no longer determinative. The people are getting a say, and they want to make it easier and cheaper to go solar.
The next big item on which voters will get a say is Amendment 1, this fall. It seeks to punish those who opt for solar power on the specious argument that non-solar customers shouldn’t have to bear the burden of upgrading the electricity grid or other infrastructural changes that will come with the extra solar energy.

Who knows? Maybe it’s a bit different with that rising tide gently lapping at your chamber door. 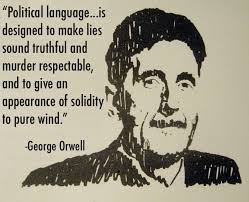 At first [okay, maybe only right away], this article about efforts to save the Everglades benefitting U.S. Sugar appeared to be the apotheosis of green: environmentalism that made sense fiscally, actually working to save an industry whose competition – sweetener not from sugar but corn –  was wrecking the ecology, not to mention the health, of the country. Also, being so easy to find right up near the top of the page of the Times on a Monday morning, surely it might also be a positive harbinger – you see, this is what green is supposed to mean.

In its current form, the deal’s only clear, immediate beneficiaries would be United States Sugar, a privately held company based in Clewiston, Fla., and its law firm, Gunster, which is expected to collect tens of millions of dollars in fees for its work on the sale, according to current and former United States Sugar executives.

The sale, scheduled to close March 31, amounts to a lifeline for the company, which entered negotiations at a time of profound weakness; it was facing a costly shareholder lawsuit, sinking profit margins and increased foreign competition. The deal would enable it to wipe nearly all the debt from its books.

United States Sugar had an unusually powerful advocate in Gunster, a West Palm Beach law firm that had represented it since 1990. Gunster’s chairman, George LeMieux, was Governor Crist’s chief of staff when the deal was first conceived. Mr. LeMieux, who began working at the law firm in 1994, returned to it in January 2008 as the deal was being renegotiated.

So, on top of the long-obstinate landowners getting to profit by allowing a lifeline to clean water for the ecosystem, their competitors, the Native American tribe that lives on the land, conservation groups and the feds were all locked out of negotiations right up until before they were announced. It’s not that this alone doomed the project, but it certainly didn’t help – mainly because the governor and U.S. Sugar created a dynamic whereby their efforts would naturally be opposed, instead of engendering a sort of automatic support – the kind I had when I first glanced at the headline.

Because (uh-oh, the Adventures of Positive Boy), as North Americans, cynicism is not our default setting. But that’s not where I was going… oh yeah. There is a disconnect, a patented (that’s a crazy, if illustrative, euphemism: only in this country – where, oddly, everyone’s gotta own everything but everything that is not privately owned has some taint and is not worth anything) separation between a ‘best of both worlds scenario’ and  the ‘worse possible combination’ that are so close to each other that they travel the same pathway. Yet we persist in believing them to be completely different. The path to health for the environment and positive economic outcomes is the same. Not to say this path is an easy one but, Occam… gesundheit.

We can have eminent domain on all kinds of levels, but we must only use it to benefit commercial interests. We can’t allow ‘the state’ to value the Everglades – the only subtropical wetlands ecosystem of its kind – in its own right; it must be attached to profit and ownership in some form.

How about we engage in a little trade for a euphemism-to-be-named-later: we change the concept to manifest domain, in exchange for eminent destiny.

Can you tell who’s had a supposedly free morning? jeez.