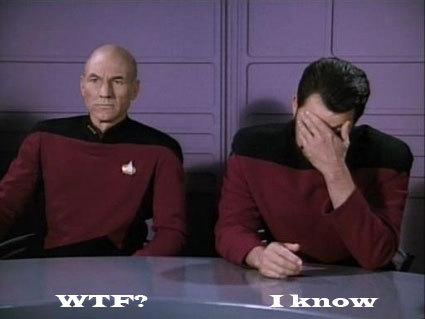 In a measure to counteract opposition to the practice of hydraulic fracturing to exploit oil and gas wells in Pennsylvania, an industry group is making an effort to reclaim the word, ‘fracking.’ I know:

The ad started running in late September, commissioned by the Marcellus Shale Coalition, the beginning of a larger campaign called “Rock solid for PA.”

“Some people will try to use that word in a negative connotation,” says the group’s president, David Spigelmyer. “All we’re trying to do is shine a light on the fact that there’s a lot of good that comes out of that technology. That’s all.”

David Masur has noticed the ads. He’s director of PennEnvironment, a non-profit that opposes fracking. “It’s been highly entertaining,” he says.

Combine that with this story of pinkwashing in the fracking industry and what you have is a nice bouquet of all the modern practices of poisoning layered atop the moral numbing of continual insults refined by public relations professionals.