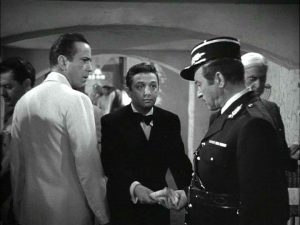 So with news breaking that Trump is a fraud and that there continues to be absolutely no gambling going on in this establishment, instructive it may well be to understand just who are the supposed rubes prepped and ready to vote Republican this go round:

What does it mean that Trump has done well among middle-income and higher-income voters but not the most-educated? This suggests that his real base of support is small-business owners, supervisory and middle-management employees, franchisees, landlords, real estate agents, propertied farmers, and so on: those who are not at the executive pinnacle of corporate America (who largely have MBAs and other similar degrees) and those who are not credentialed professionals (doctors, lawyers, and the like), but the much wider swath of those people whose livelihood is derived from independent business activity or middle-band positions in the corporate hierarchy.

This corresponds, of course, to the classic scenario in which the petty bourgeois — the middle class whose ownership of small parcels of property does not protect them from vulnerability in the business cycle and the need to exact self-exploitation — experience worry and insecurity following a financial crisis and economic slump, making them receptive to right-wing authoritarian solutions and scapegoating of ethnic-racial minorities.

Petit bourgeois is actually a better signifier than the bastardized petty bourgeois, which sounds like something else. I don’t know why we refuse to let some French terms into English when meanwhile we’re perfectly <contente> (see!) with garage, cul-de-sac and BBQ. Anyway, this distinction between small and big business belies the straight racial animosity woven into and through Trump support though it does bring the overall resentment dynamic out into the clear. All of this, actually, will be out in the clear – it will only be a matter of how much those who reject it will stand up and reject it. The scary thing about fascism, after all, is the catchiness of the chorus.