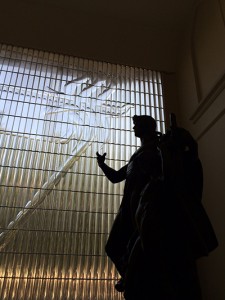 Discussions about morals can make people uneasy, especially Americans, who believe their/our morals are beyond reproach. But if we can step back far enough from issues of the day, especially those that seem to make no sense, to be moral contradictions of intractable disagreement, we might begin to make sense of why we can’t have stricter guns laws, or can’t manage to quite take care of the poor or allow immigrant children an education or protect drinking water from polluting industries. It is disfunction of the kind of obviousness we can recognize in other societies, communist Czechoslovakia, for example. And when Václav Havel spotted it, we could be like, well yes, duh:

Though the hated state security organs had infiltrated deep into society, even into the ranks of the dissidents, Havel forbade a witch hunt to root them out. In his first address as president, he sternly told his listeners that they were as corrupt as the regime that had just been overthrown:

The worst thing is that we live in a contaminated moral environment. We fell morally ill because we became used to saying something different from what we thought. We learned not to believe in anything, to ignore each other, to care only about ourselves.

It is rare for a leader to attack the moral illusions of his audience, and rarer still to resist the validating temptations of self-righteousness.

That is rare, and it’s at least as rare for people in a country to be able to recognize the nefarious effects of their own system – the guarantees, the openness, the fidelity to ideas that bypass human concerns in ways we castigated in communist regimes, but defend to the hilt under capitalism. We have to consider the moral depravity of the latter, because if that is off limits, then we are no better than the worst party apparatchiks and informers.